For St. Patrick’s Day and for the beginning of spring, I decided to do a week of rainbow themed play!

I remember two years  ago when I was trying so hard to help Calvin learn his colors and I was feeling frustrated because it was like they just weren’t sticking for him. But now he know them like it’s nothin’ and what was I so worried about?? (PS, I know I’m doing the exact same thing worrying over trying to teach him the letters of the alphabet… one day I know I’ll look back again and think what was I so worried about?? – But in the meantime we’re still going to practice!)

Since Calvin does know his colors now, Rainbow Week has been really fun and he’s learning the order of the colors in the rainbow. We have also been talking about how we see rainbows: sunlight refracted through rain and all that. And we have a little prism that we use to make rainbows too!

Here are the rainbow activities we’ve been doing this week:

Activity prep that feels like cooking is out of my comfort zone, but once in a while I push myself to create something that I know will be fun for the kids. So for Rainbow Week I put on my Big Girl Mom Jeans and made some rainbow rice – and guess what! It was so easy it wasn’t even like cooking at all.

I bought 3 small bags of white rice from the dollar store and I split each bag up into 2 gallon zip-lock bags which gave me six zip-locks of rice. I used gel food coloring – the regular pack and the neon pack which has purple and orange. For each baggie of rice I added 2 tbs. white vinegar and a couple of sqqeezes of food coloring – sorry, I don’t measure things because I hate cooking! I just eyeballed the amount of food coloring and I ended up adding more to some of them to get a darker shade. I zipped up each bag and let Calvin help me shake ’em up. (Henry was not invited to help because he loves to try to chew on plastic bags…)

Once the coloring was evenly mixed with the rice, I opened the bags up and set them out to dry overnight. I was worried that I had put too much vinegar but it was totally fine. They dried nicely. I gave them an extra mix a few times before I went to bed.

The next day I carefully poured the colored rice into the bin in stripes just so I could get this one pretty picture before I let the boys get their hands on it! 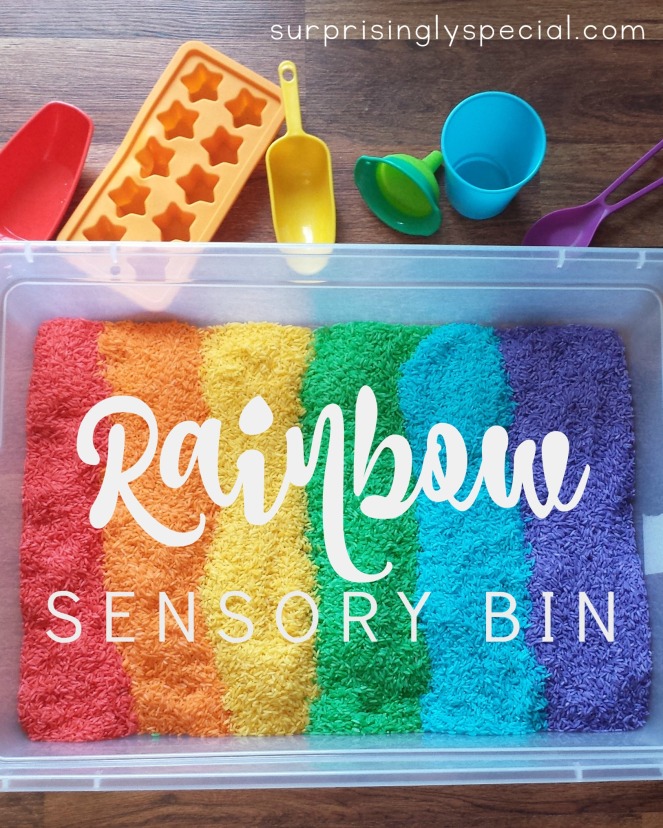 Calvin loved it so much, he wanted to climb on in. Yes, rice got everywhere. Confession: I hovered around them with a broom and was sweeping it up and putting it back in even as they were splashing it back out! I figured if I didn’t keep putting it back in, before long there would be more rice on the floor than in the bin! 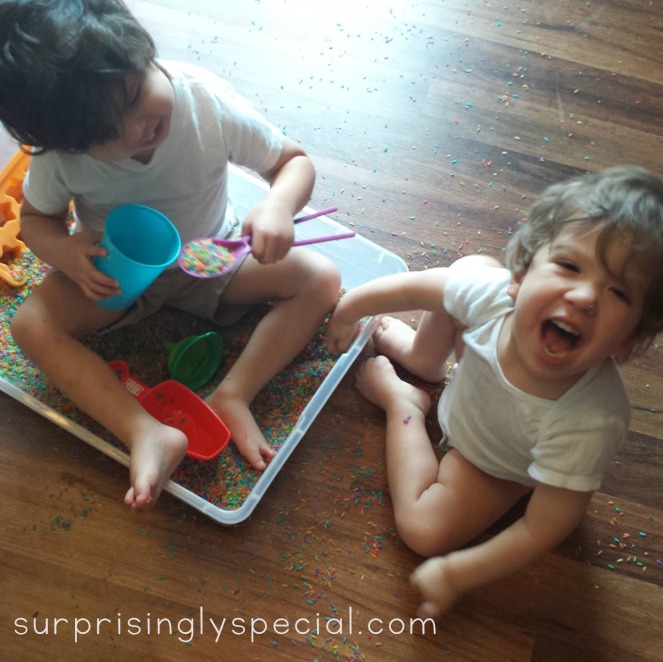 We’ve been having fun with that rice bin all week. Today since it’s St. Patrick’s day I’ve got some gold coins for Calvin to hunt for in the rice! 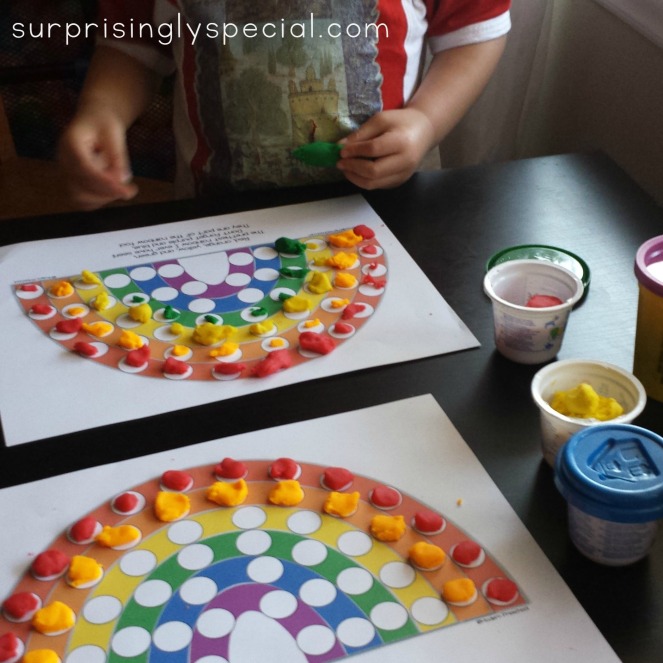 I printed out this rainbow play dough mat from ModernPreschool.com and Calvin was into it. I think it was also a good fine motor activity for him to pinch little pieces of play dough and place them on the circles. 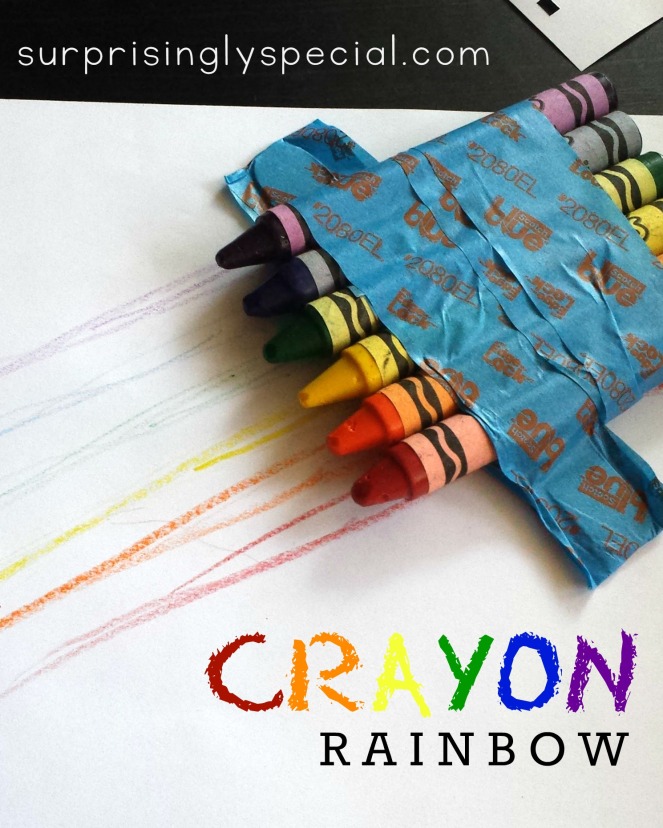 I thought this was a simple, but kind of clever way to do some rainbow art by taping crayons together in rainbow order. I taped them to a craft stick to keep them in a straight line. Calvin and I drew some rainbows with them, but before long he was asking me to take out just the green one because it’s his favorite!

This popsicle stick puzzle was simple to make, but it was a little too hard for Calvin to solve! Well, it’s good to have a challenge, right?

And last, here’s our button rainbow! We’ve had these shape buttons for a few years and we’ve used them for sorting activities and sensory bins and today they became the pieces of this pretty mosaic rainbow!

I’ve been seeing lots of other cool rainbow crafts and activities out there on Instagram and Pinterest lately! What’s your favorite?